MultiChoice Group and its partners use cookies to help deliver services and for advertising purposes (see details in Privacy Policy ) By using this site you agree to this. You can change your cookie settings in your browser.
Bloemfontein Celtic coach is proud of tactical prowess
Media: 18 March 2019

News: 18 March 2019
Ditheko Mototo says South African players are not that far behind tactically, but lack the application of certain football systems. 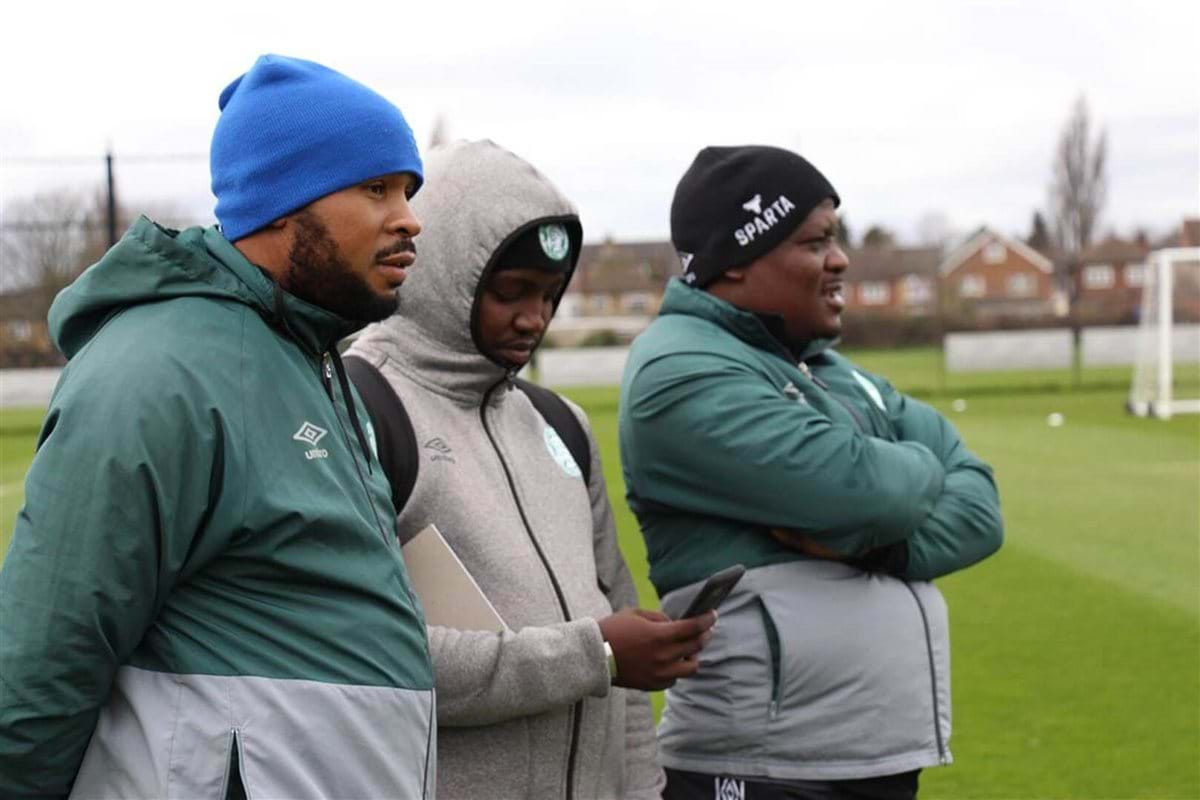 The Celtic’s coach is currently with his team in the UK courtesy of last season’s triumph of the MutiChoice Diski Challenge. For the last three days, they've been treated to exclusive training sessions, that are spearheaded by the academy’s coaching educator Paul Heffer, at the Hammers youth academy structures. Mototo’s who’s been a passenger for these sessions until today, believes that their players are naturally gifted but have to pay attention to the finest of details.

“The progress that the boys are making is amazing and the feedback that we got today from the coaches is positive considering when they started,”he said. “But for me as a coach, I don’t see much of a difference (to the coaching tactics), because it’s things that we are doing in South Africa. it’s just that there are few things that we should take into consideration and when it comes to decision making that’s when we let ourselves down.”  He continued: “But I think in terms of talent and other staff, it’s departments that we are covered in. But, we don’t apply ourselves accordingly – we think we know how we to do things. And, that’s where we differ with the Hammers.”

However, it’s been a three-day stint to reminisce for Phunya Selele, on-and-off the pitch. On Thursday, they were treated to a live Uefa Europa League match at the iconic Emirates Stadium where they got to watch Arsenal thumping French outfit Rennes 3-0 to overturn the first leg 3-1 deficit - as the Gunners marched into the quarterfinals of the competition. Today, March 16, will see last season’s pride of the Diski Challenge getting yet another thrilling experience as they get to watch the Hammers’ senior team live at London Stadium as they clash with Huddersfield Town in the EPL. The former Kaizer Chiefs’ defender is confident that these off-the-field experiences will be invaluable for their players.

“West Ham United are out of relegation, so I think the mood will be well today,”Mototo said. “But on Thursday, it was good to see a highly disciplined performance between Arsenal and Rennes. The shape of the game was amazing. If you look at their system, it’s more-or-less of how we play but there are elements that we learnt from their match.”

The 38-year-old former footballer from Port Elizabeth is just like any other admirer of the game that’s looking to give back through coaching. Phunya Selele has given him the platform to pioneer his life-after football career so far. However, that overwhelming feeling doesn’t come as surreal as learning from coaches such as Heffer. The 71-year-old Hammers’ legend has done and seen it all in the football scenes - from playing for the club to moulding players such as Frank Lampard, John Terry, Joe Cole, Jermaine Defoe and many more. Just like Heffer did, Mototo is hoping to create his own legacy.