MultiChoice Group and its partners use cookies to help deliver services and for advertising purposes (see details in Privacy Policy ) By using this site you agree to this. You can change your cookie settings in your browser.
Ground levelling signals the start of construction of Thuthuka Primary’s playing field
Media: 06 June 2019

News: 06 June 2019
Ground preparations for Thuthuka Primary’s multi-purpose playing field got underway on Wednesday, May 29th, the latest playing facility to be built by the Let’s Play’s Playing Fields project. 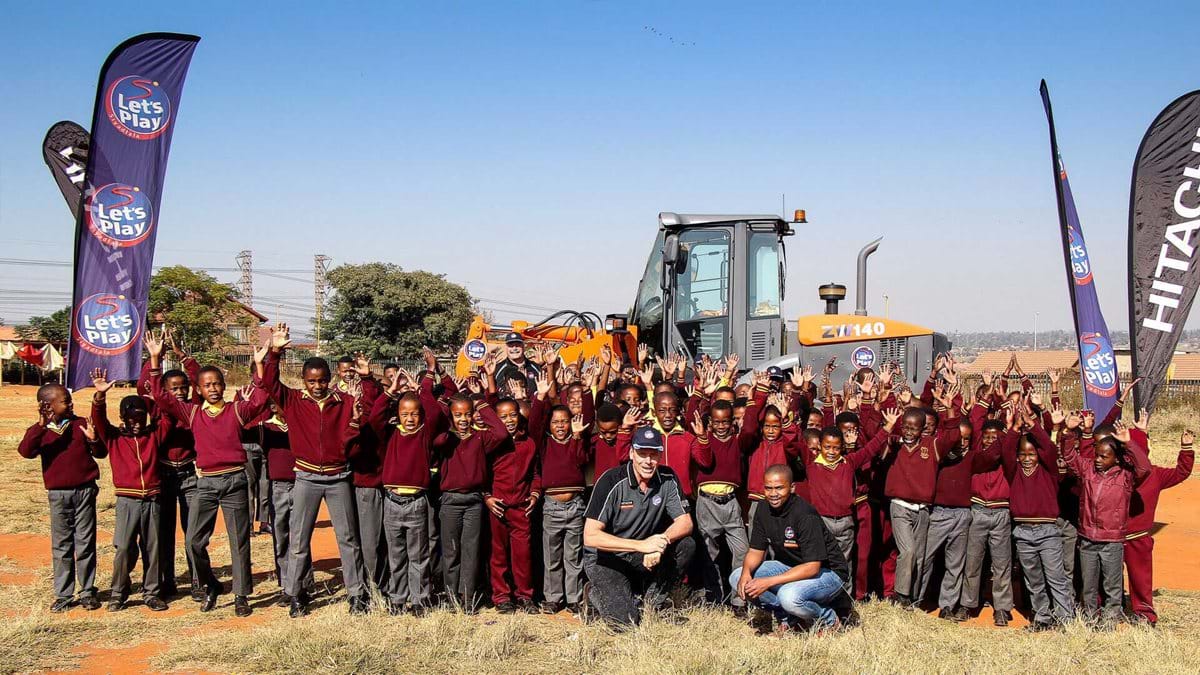 The Tembisa-based school was the lucky institution chosen by Let’s Play for a special visit by the Creed II cast during their South African press tour in late 2018.

The school was treated to a screening of the first Creed movie and were then thrilled by a surprise visit from stars Michael B. Jordan, Florian Munteanu and director Steven Caple Jr., who all came into the room immediately after the movie.

As a parting gift to the school, Warner Bros. and Metro Goldwyn Mayer (MGM) in partnership with Jordan made a donation towards the funds Let’s Play had set aside for the upgrading of the school’s playing facility, which was little more than a dusty pitch with several grass patches.

Bright and early on Wednesday morning, Christo Marx from Hitachi Construction Machinery South Africa, partners of the Playing Field’s project, drove into the school premises the gigantic Hitachi ZW140 Wheels Loader to the amazement of the school kids peering through the classroom windows.

A select number had an opportunity to get up and close and personal to the beastly machine for a photo-op before the playground was condoned off and work began.

School principal, Moses Mokoena, could not contain his joy seeing the start of the transformation of his playground. “This is one of the happiest days of my life. This is going to change the lives of my learners and for that I’m grateful to Let’s Play and partners as well as Warner Bros and Michael B Jordan.”

Ground levelling took two days readying the site for the construction of the pitch, which is scheduled to start mid-June.