MultiChoice Group and its partners use cookies to help deliver services and for advertising purposes (see details in Privacy Policy ) By using this site you agree to this. You can change your cookie settings in your browser.
MultiChoice, Joburg, film, festival
Media: 25 November 2019

News: 25 November 2019
The Joburg Film Festival, brought to you by MultiChoice Group, named Rocks (UK) as ‘Best Film’ at the festival Awards Gala, held at The Inanda Club tonight (23 November). 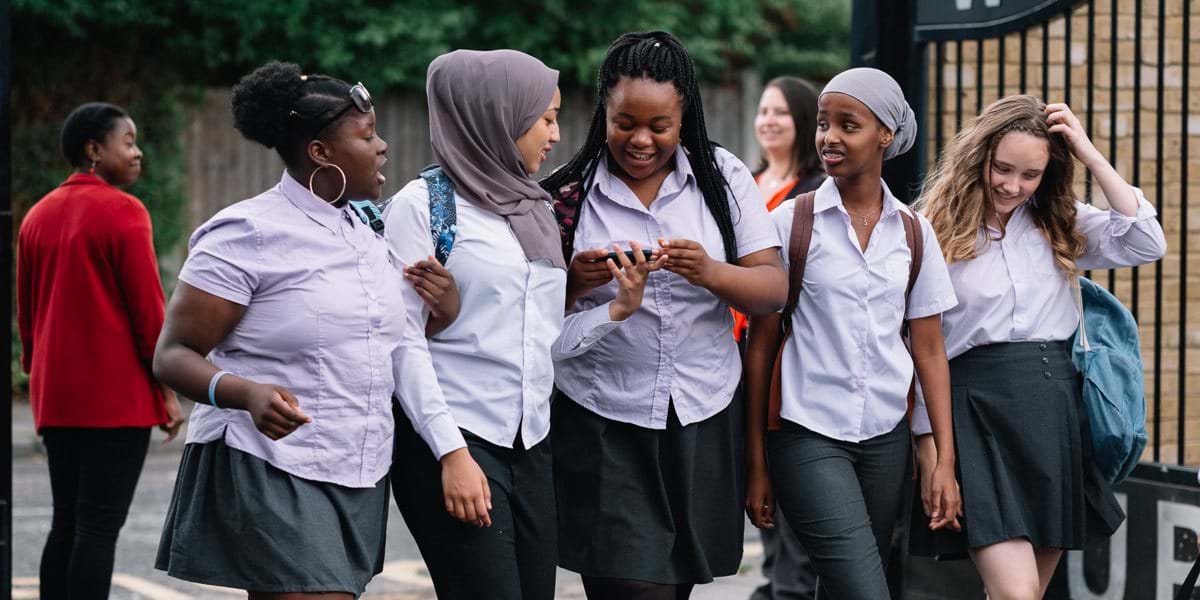 Legendary Producer Richard Green was recognised with a Lifetime Achievement Award by the festival.

In Rocks, directed by Sarah Gavron and starring Bukky Bakray & Kosar Ali, the titular teenager fears that she and her little brother will be forced apart if anyone finds out they are living alone. With the help of her friends, she evades the authorities and navigates the most defining days of her life. A film about the resilience, joy and spirit of girlhood.

Flatland is a contemporary Western, a journey of self-discovery for three different but equally trapped women. It paints a vivid and unique portrait of femininity against a hostile frontier land and questions what it means to be a woman today in South Africa and the world at large. It is directed by Jenna Bass and stars Faith Baloyi, Nicole Fortuin and Izel Bezuidenhout.

Set in 1973, Our Lady of the Nile follows a group of young Rwandan girls at a Belgian-run Catholic boarding school, taking inspiration from true events that would come to foreshadow the 1994 genocide during the Rwandan Civil War. Many of the girls belong to elite families, while others hold less privilege; further division is sown by ballooning anti-Tutsi rhetoric under existing Hutu rule.

Richard Green is one of this country’s most experienced producers with over forty years of experience in the film industry. His most recent film Tokoloshe – The Calling, which he directed, was picked up by American distributors Together Magic Film Group and is scheduled for a 2020 release. His producing credits include ground breaking SA films including: Nothing but the Truth; The Wooden Camera; The Sexy Girls; Chikin Biznis - The Whole Story and Spud.

The winner of the Joburg Film Festival’s Youth & Audience Development Programme were also recognised. The programme was designed to encourage and empower young emerging filmmakers across Gauteng. The JFF, in partnership with the MultiChoice Group and Gauteng Film Commission (GFC), embarked on a province-wide skills transfer initiative that reached more than 100 young people in a series of workshops in Ekurhuleni, Tshwane, Mogale City and Sedibeng. Aspiring filmmakers between the ages of 18 and 25 were encouraged to submit a video with the theme ‘Your Kasi, Your Story’, which served as the entry to participate in the two-day workshop in each region. The workshops specifically targeted youth living in townships and involved industry professionals sharing their extensive experience and knowledge on the amazing craft of cinematic storytelling with enthusiastic audiences. The overall winner was Sedibeng’s Malefetsane Masitha.

Bongiwe Selane, Festival Director of the Joburg Film Festival, said that the Jurors had a tough task in making a selection from the 10 films in competition at this year’s event. “The quality of both the continental and international films at this year’s festival was incredibly high. Each was recognised for their powerful message and their ability to provoke important debate on an array of issues”.

“MultiChoice continues to invest in the local production industries wherever our channels are available, and we have an ongoing commitment to develop the next generation of African storytellers. We have screened a number of films produced by graduates of the M-Net Magic in Motion programme and the MultiChoice Talent Factory Academies in East, West and Southern Africa this week. We look forward to seeing their work taking its rightful place amongst the local and international films and documentaries at the Joburg Film Festival in future.

says MultiChoice CEO of General Entertainment,” Yolisa Phahle. “I’ve said it before and I’ll say it again.  We have the opportunity to do great things for our economy through film making.  And if Hollywood, Nollywood and Bollywood can do it, so can we”.

There are still plenty of excellent local and international films and documentaries screening at Ster-Kinekor Sandton, Cinema Nouveau Rosebank, The Bioscope in Maboneng and Kings Theatre in Alexandra before Rockswraps up the festival on Sunday. Visit www.joburgfilmfestival.co.za for details and bookings.

For more information on the Joburg Film Festival go to: