MultiChoice Group and its partners use cookies to help deliver services and for advertising purposes (see details in Privacy Policy ) By using this site you agree to this. You can change your cookie settings in your browser.
MultiChoice, Joburg, Film, Festival, red carpet, glamour
Media: 20 November 2019

News: 20 November 2019
“Egoli!” was the welcoming cry that boomed across Sandton’s Nelson Mandela Square, uttered by special guest Nomzamo Mbatha as she strode down the carpet during the powerful opening performance that kicked off the Joburg Film Festival last night (19 November). 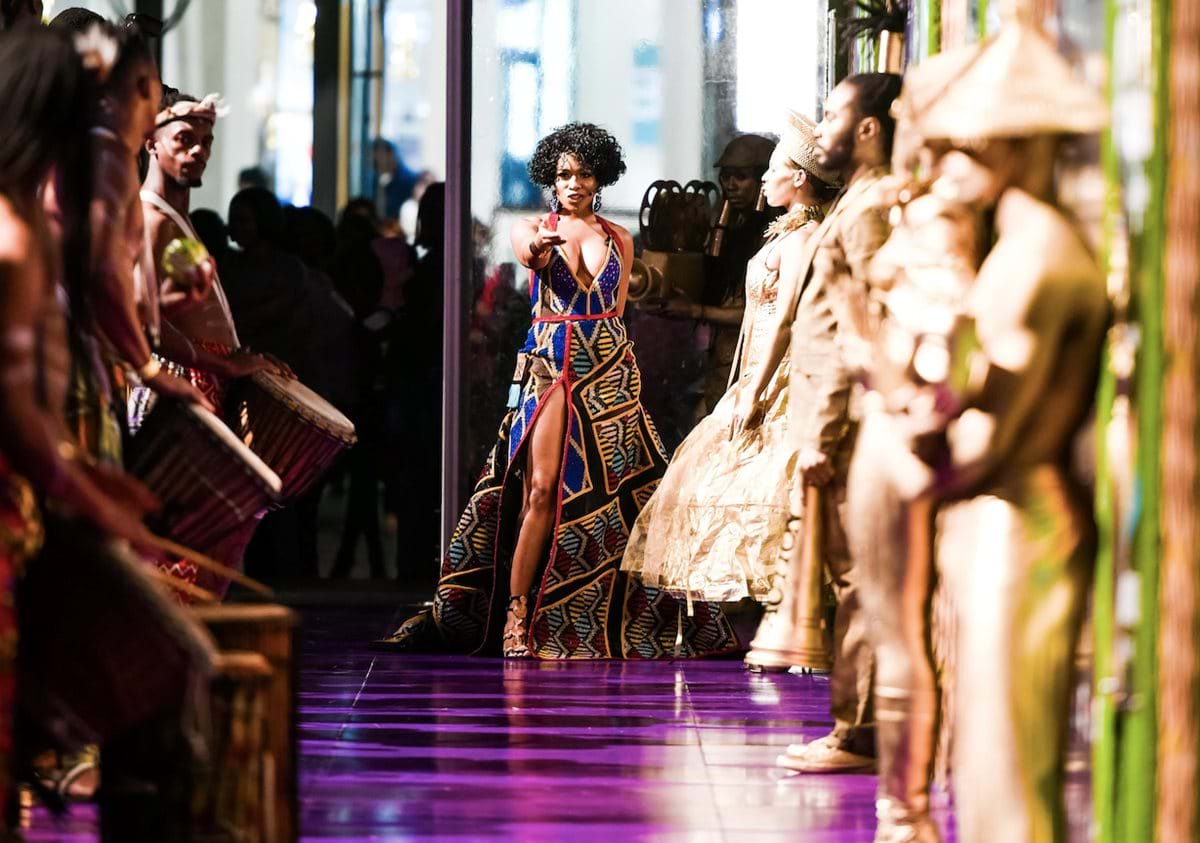 The six-day festival of cinematic excellence saw celebrities and VIP’s flock into the mammoth structure erected on the Square, which will be home to a series of activations and free screenings throughout the week.

The festival opened with the South African premiere of local horror film, 8, starring Tshamano Sebe, Inge Beckmann, Garth Breytenbach & Chris April, telling the tale of an old man, fated to collect souls for eternity, who then seeks atonement after trading his daughter's soul.

MultiChoice Group General Entertainment CEO, Yolisa Phahle, welcomed guests to a week dedicated to paying tribute to the art of cinematic storytelling with films from across Africa and around the world on the big screen, in the City of Gold.

“As Africa’s most-loved storyteller, MultiChoice is proud to be the headline sponsor of a festival that is dedicated to celebrate, inspiring, energising and delighting audiences,” she said.

The Joburg Film Festival features a curated mix of 60 of the finest films and documentaries from across Africa and around the world, between 19 and 24 November – including a once-off screening of South Africa’s 2020 Academy Award contender, Knuckle City.

Films produced by graduates of the M-Net Magic in Motion (MiM) internship programme and the MultiChoice Talent Factory’s (MTF) Academies in East, West and Southern Africa will also be screened  at the dedicated structure on Nelson Mandela Square in Sandton and at Kings Theatre in Alexandra, at no cost.

Joburg Film Festival’s Programme Director Bongiwe Selane welcomed the cast and creative teams behind many of the films on the festival programme, at the event. “We’re going to be drawing on the expertise of these international experts and stars to help boost the local film industry with a series of Masterclasses and panel discussions this week – and we can’t wait to see all the exciting collaborations which will be born at the 2019 Joburg Film Festival”.

Keep in touch with the Joburg Film Festival on social media: