MultiChoice Group and its partners use cookies to help deliver services and for advertising purposes (see details in Privacy Policy ) By using this site you agree to this. You can change your cookie settings in your browser.
Media: 20 April 2021

More than 1200 children from Mqikela High School in Lusikisiki in the Eastern Cape can now enjoy a variety of sports on their brand-new Let’s Play sports field. 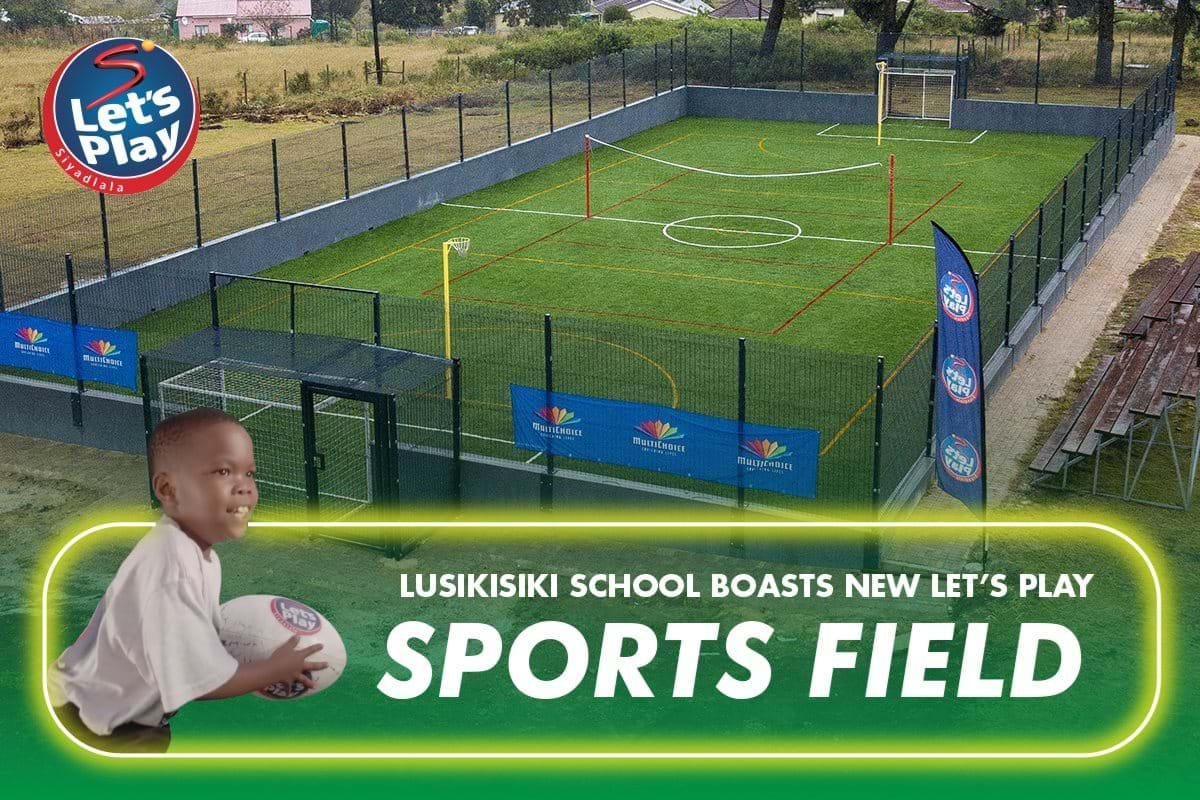 The field, donated by MultiChoice, was officially accepted by the school and the Eastern Cape MEC for Sports, Recreation, Arts and Culture, Fezeka Nkomonye, at a ceremony on 20 April.

“To us this is not just a court, but speaks directly to the strides we are making in bridging the gap between urban and rural schools. It speaks to social cohesion and creating a conducive environment for all our kids to compete in and be recognised not because of where they come from, but because of their talent,” said MEC for Sports, Recreation, Arts and Culture, Fezeka Nkomonye.

The multi-purpose playing field can be used for five different sporting codes: hockey, 5-a-side soccer, tennis, volleyball and netball. In addition to the field, the school also received the Let’s Play Coach-in-a-Bag kit. The coach responsible for sport at the schools will undergo training in new physical education methodologies to ensure the sports fields are optimally utilised.

“A wise man once said – if you build it, they will come. This is what is at the heart of our Let’s Play fields initiatives. We create a space for children and teachers to foster a love of being active and discover new sports. Let’s Play builds fields and so much more. We also equip teachers to inspire the children to be more active and to enjoy playing a sport. Who knows, some of these kids might be our future stars on SuperSport!,” said MultiChoice SA CEO, Nyiko Shiburu.

“We are growing a healthier generation, in partnership with the Department of Basic Education. Being more active helps kids to be healthier, which helps them to concentrate better that leads to better academic performance.”

MultiChoice has been partnering with the Eastern Cape's Department of Sports, Recreation, Arts and Culture for two years, specifically to develop grassroots sport in the province. The focus is on football, rugby and netball. The company has hosted the DStv Diski Challenge and SuperSport Rugby Challenge festivals in the province for the past six years.

“Our partnerships with the private sector are crucial in assisting us as government in promoting this equal society we all want. We call on more businesses or organisations to come on board and work with us in dealing with not only infrastructure, but also systemic challenges our rural province faces,” MEC Fezeka Nkomonye added.

Let’s Play gives disadvantaged schools and communities across South Africa, and especially in rural areas, access to state-of-the-art sporting facilities. Since 2015, Let’s Play has invested R20 million in these facilities and has trained 315 schoolteachers in new Physical Education methodologies. With UNICEF as its partner, this initiative has reached more than 1.5 million children.

For more on Let’s Play, go to SuperSport.com or follow this link: The Let's Play Initiative - More info | SuperSport