MultiChoice Group and its partners use cookies to help deliver services and for advertising purposes (see details in Privacy Policy ) By using this site you agree to this. You can change your cookie settings in your browser.
MTF EAST AFRICA ACADEMY HOSTS INAUGURAL CLASS’ FILM SCREENINGS!
Media: 07 August 2019

MTF Class of 2018 to showcase two film productions at a star-studded event. 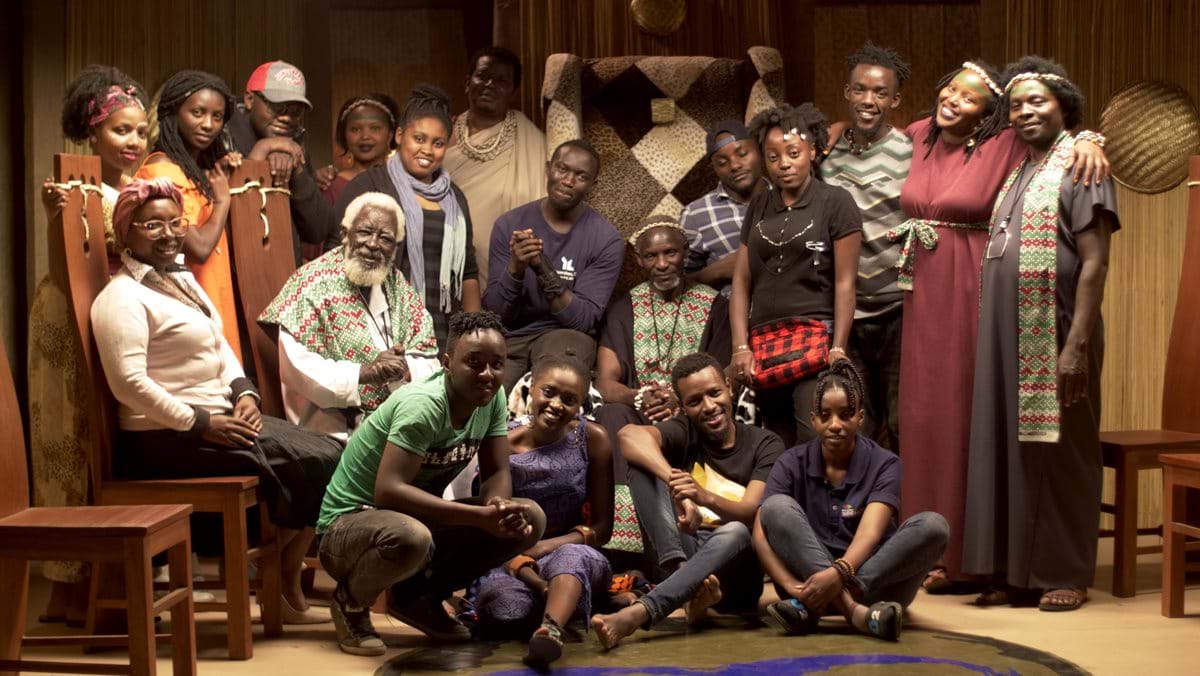 Roll out the red carpet, the future of Africa’s film industry has arrived! Today MultiChoice Talent Factory (MTF) will toast to a year of exciting training for its inaugural MTF East Africa Academy Class of 2018, at a star-studded film-screening of the students’ highly-anticipated film productions titled, Ensuloand Promises!

The two films are a culmination of the MTF Academy students’ one-of-a-kind training programme from MultiChoice Africa’s inaugural corporate shared value (CSV) initiative and will be screened at the Nairobi Film Centre today!

As the first touchpoint of the ground-breaking CSV initiative, the MTF Academy’s 12-month training programme is distinctly designed to train the next generation of African film and TV creatives in partnership with stakeholders across the continent.

Under the guidance of regional Academy Directors within the academy’s East Africa, West Africa and Southern Africa hubs, the academy students were required to produce a 60-minute long film in groups as part of their curriculum. The MTF East Africa Academy’s Class of 2018’s efforts have now resulted in the films Ensulo and Promises.

Set in Nderi Village, a popular filming location on the outskirts of Nairobi city, Kenya, Promises follows the life of Boda Boda driver Mwangi, whose life unravels after the sudden death of his wife during the birth of their second child. Distraught, he has to continue raising his children without their mother and keep to promises made to her. Wangi, now a single parent to an infant also has to meet both financial and emotional strain when his son is involved in an accident.  He turns to his friend Sam, but with dire consequences.

In Ensulo, an imaginary traditional kingdom that has deliberately isolated itself from the modern world falls into crisis when its king falls gravely ill, forcing his daughter Princess Zuri to lead the kingdom until he recovers. Her ability to lead her kingdom is swiftly put to the test when the kingdom’s sacred water source comes under threat when a water bottling company from a nearby city stumbles upon it.

For East Africa hub Academy Director Njoki Muhoho, the films’ screening is a hallmark moment for the students and their entry into the creative industry as professionals equipped with technical know-how.

“MTF delivers a total immersion course. How best to illustrate this than the students writing and producing two feature films for screening in our regional channels? It is the culmination of all the teachings, [and] to celebrate the fruits of months of work. It has been grueling. They need to hear, see and feel how the audience receives their work. After all, our films have to be what our audience desires and more,”says Muhoho.

As part of MultiChoice Africa’s long-term commitmentto igniting Africa’s creative industries, both films will be made available on Maisha Magic East, Maisha Magic Bongo, Pearl Magic and on Showmax in September 2019 – please refer to the schedule below.

About the MultiChoice Talent Factory:

The African continent is steeped in a rich and diverse history of living passionately through language, art, music, and colourful storytelling. As the continent continues to change rapidly, the entertainment industry has become ever more relevant. MultiChoice Africa has identified an opportunity in this fast-changing environment—one that will have a lasting impact on the industry as a whole. The MultiChoice Talent Factory (MTF) is a multi-tiered training programme (Academies, Masterclasses & Portal) designed by MultiChoice Africa to focus on positively impacting the technical and professional value chain in the film and television industry across the continent. As a business born and bred in Africa, we have a long-term commitment to making a socioeconomic difference in the countries in which we operate. As such, this initiative helps to play a positive role in growing Africa’s creative industries. MTF is a shared-value initiative that provides a platform for the creative industries to develop their talent and engage with one another through their shared passions. Through the MTF Academies (every year, the academies select 60 talented individuals from across 13 countries to participate in a 12-month academic and practical immersion programme including both theory and hands-on experience in cinematography, editing, audio production and storytelling) we are building a pipeline of good local content for our channels whilst the Masterclasses focus on developing technical skills of established creatives in cinematography, audio and storytelling to improve the quality of local productions and are conducted by leading African and international industry experts. The MTF Portal is the golden thread that brings talent and opportunities together on one platform. It is a Pan-African, film and television digital marketplace that offers open, cost-free access to film creatives across the continent to showcase their talent, access opportunities, stay up to date with industry news and expand their industry network. Through this initiative, MultiChoice Africa’s demonstrates its commitment to enriching lives by developing the art of inspired local storytelling and story making, while simultaneously growing a legacy of local content on our DStv, GOtv and Showmax platforms and ultimately continue showcasing Africa’s rich cultural heritage and diversity. More information available on www.multichoicetalentfactory.com