MultiChoice Group and its partners use cookies to help deliver services and for advertising purposes (see details in Privacy Policy ) By using this site you agree to this. You can change your cookie settings in your browser.
MultiChoice Diski stars shine at the PSL Awards
Media: 22 May 2019 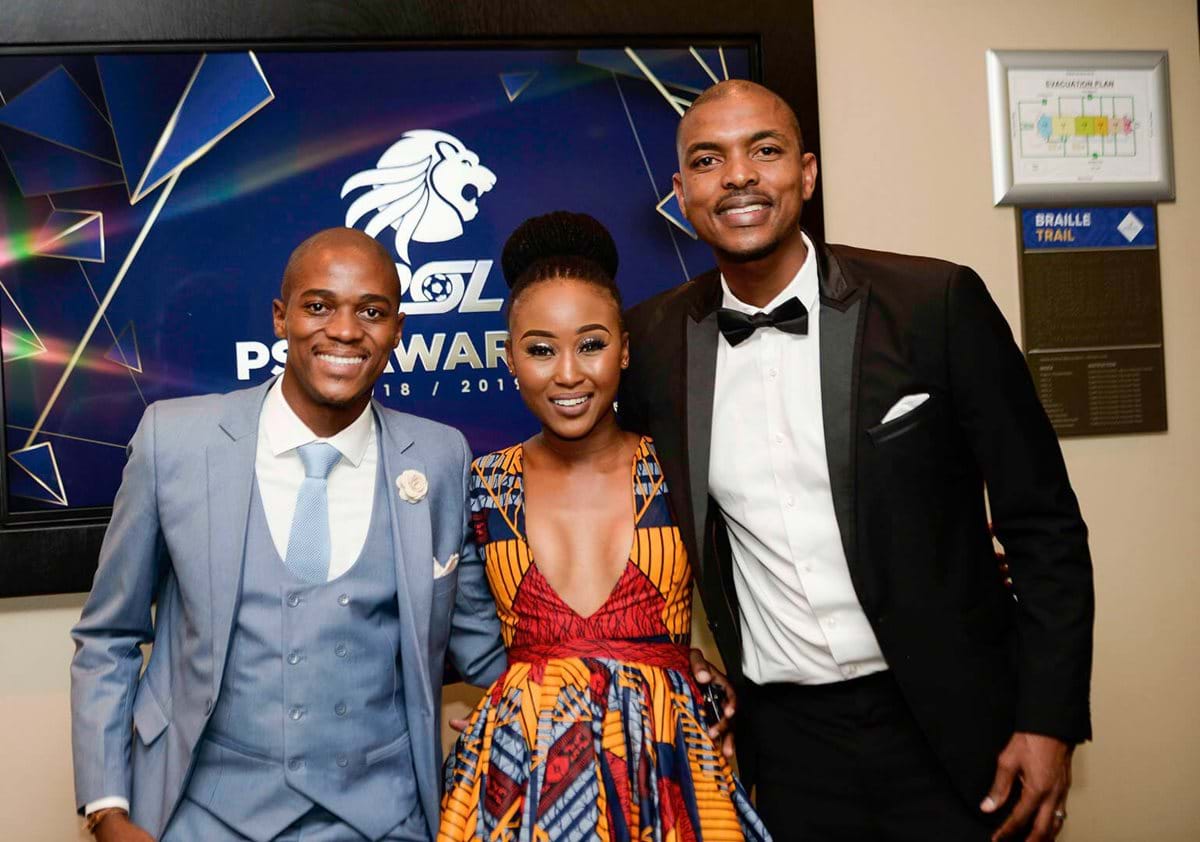 MultiChoice’s significant contribution to the sports economy which is focussed both on and off the pitch, was recognised to through the awarding of the PSL Chairman’s award to one of MDC’s former broadcast interns, Lindiwe Dube. The award recognises individuals that live, conduct themselves and achieve in a manner from which society can learn.

In his award speech, PSL Chairman Irvin Khoza said whilst her contribution to football was in the commentary space, it was how she had defied the odds to be where she is today, that made her a worthy recipient of the chairman’s award. “She grew up and spent all her life until work in an informal settlement. All her mom could give her was education,” commented Khoza.

“She refused to be defined by the poverty she was born into. She seized the gap she was given as an intern at SuperSport and put her head down and grew. She went right there where she started and built her mother a house. She personifies courage and today refuses to let the circumstances of your birth define you. People of any gender, if you are looking for a role model, she’s right here for you to emulate,” added the PSL chairman.

Lindiwe was part of the first crop of MultiChoice Diski Challenge interns who would learn the trade of sports broadcasting. Her insatiable appetite to learn led to this budding broadcaster being groomed as a sports anchor for MultiChoice during the first three years of the Diski Challenge and she has since gone on to anchoring Absa Premiership matches and presenting other sports, including the national hockey league. 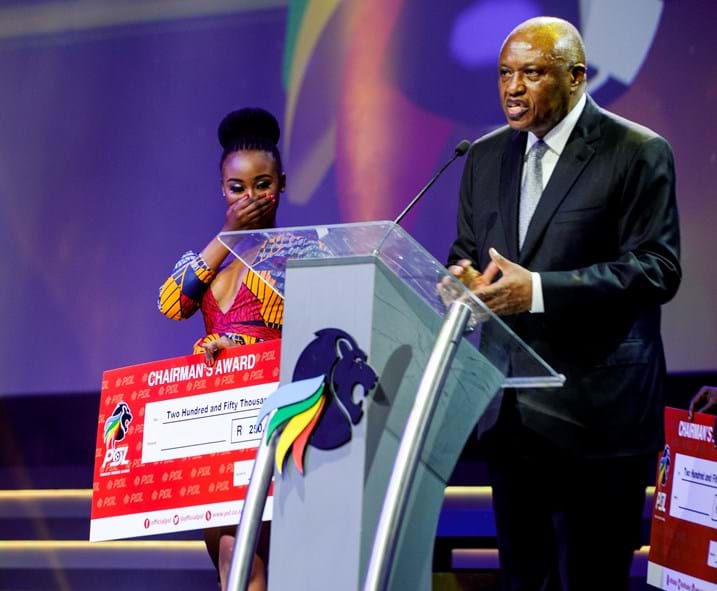 MultiChoice remains true to its commitment to develop local talent, recognising exceptional performers and enriching lives. “Our award-winning talent development programme enables participants to build meaningful careers and develop skills that allow them to compete on the world stage and we are extremely proud of what they achieve,” says Joe Heshu, MultiChoice Group Executive: Corporate Affairs. “Just as importantly though, it goes even further by addressing the fundamental economic principles of job creation, poverty alleviation and inequality.”

In the MultiChoice Diski Challenge awards categories Sipho Chaine of Bloemfontein Celtic claimed the Player of the Tournament award and Siboniso Conco of Golden Arrows was named MultiChoice Diski Shield Player of the Tournament. Bloemfontein Celtic won the title of Diski Challenge Champions while Sizwe Twala and Khanyisile Mayo won the honour of top goal scorers. This is a tribute to MultiChoice’s contribution to the sports economy in South Africa and recognition of these exceptional performers is testament to their sports development initiatives.

MultiChoice Group’s investment into African football drives an entire sports economy – jobs, community development, facilities maintenance, and player development, among many other initiatives, and has a major impact on the development and prosperity of football, while ensuring world-class availability of quality sports viewership for all South Africans.

The MultiChoice Diski Challenge is SuperSport's multi-faceted CSI programme aimed at supporting development in both football and broadcasting.  It includes a football competition for the PSL reserve teams; life-skills training for players; broadcast internships; leadership training for coaches and the opportunity for community TV channels on DStv to air the matches for free. More than 150 matches have been broadcast on SuperSport channels and community TV stations (who also receive this content free of charge).

The tournament has steadily grown into an important component of the South African football calendar. It is regarded as an important development platform by PSL teams, the media and the public. Innovative in its approach, the MultiChoice Diski Challenge is considered a critical contributor to the success of South Africa’s national youth teams and a pipeline for the development of SuperSport's production talent.