MultiChoice Group and its partners use cookies to help deliver services and for advertising purposes (see details in Privacy Policy ) By using this site you agree to this. You can change your cookie settings in your browser.
MultiChoice, school, infrastructure, programme, Mandela, Centenary
Media: 23 January 2020

News: 23 January 2020
In support of the Department of Basic Education’s School Infrastructure Programme, MultiChoice today officially handed over its Madiba Do Up project - which was initiated in 2018 - at Mashupye Tladi Primary School in Seshego, Limpopo, to celebrate the centenary of South Africa’s former statesman and world-renowned philanthropist, Nelson Mandela. 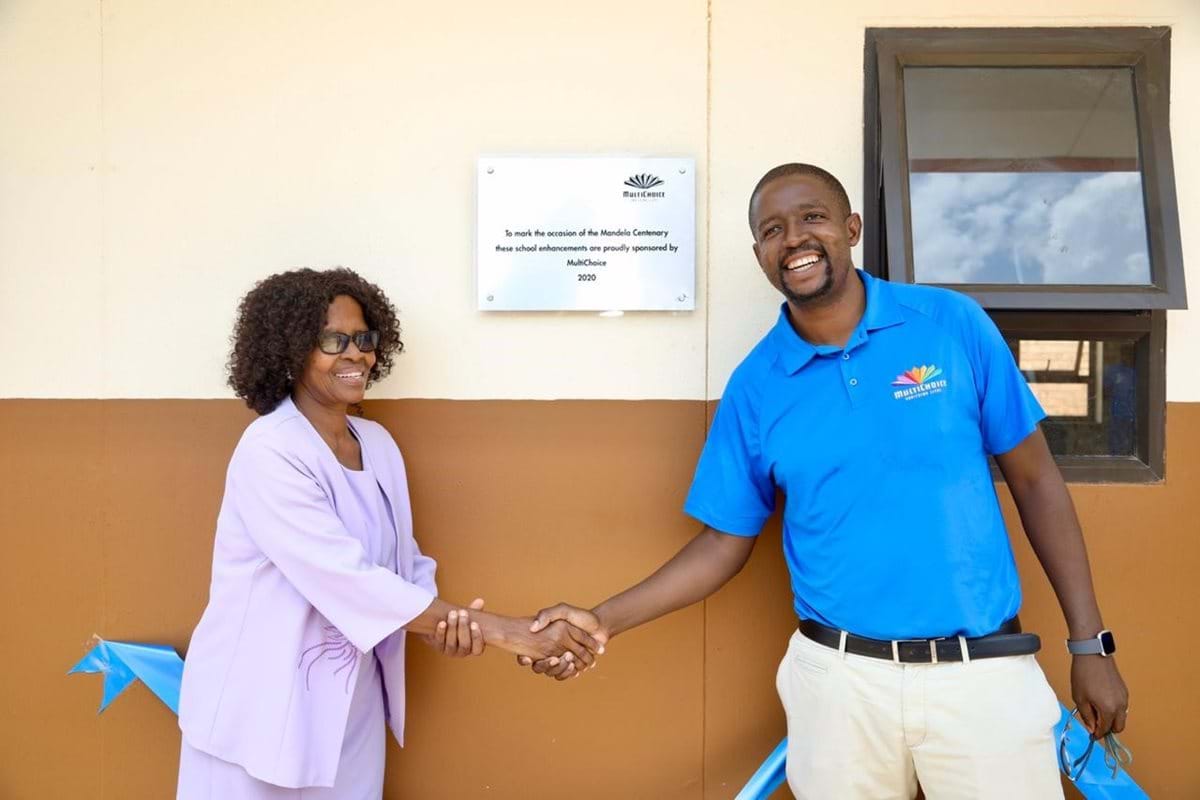 Through this project, MultiChoice identified four primary schools – two in Limpopo and two in the Eastern Cape – where they invested a total of R6 million on much-needed renovations to the school facilities.

“Our mantra is ‘Enriching lives’ and where better to start than at the schools that are shaping our future leaders,” says Reggy Moalusi: Executive Head of Corporate Affairs for MultiChoice South Africa. “We are proud to be associated with the four schools that were selected because, despite their limited resources, they have consistently demonstrated an unwavering commitment to providing excellent education.”

Pupils from the selected schools participated in an arts and culture competition commemorating the life of Nelson Mandela and won a much sought-after prize of a makeover for their selected schools.

The renovations at Mashupye Tladi Primary School included the construction of additional classrooms, a media centre with Wi-Fi connectivity - where computers were installed in partnership with Mustek Limited and a world-class 5-a-side multi-purpose sports field as well as a kitchen.

Jacob Tlhatlha Accounts Manager for Key Accounts at Mustek Limited says: “As Mustek, to be considered to partner with MultiChoice is an honour. Simply because of what the partnership stands for, which is bringing hope to our future generation by giving them access to educational tools that will ensure they progress well for the future. We do this in the spirit of the father of our young democracy, Madiba himself who said: "It is not beyond our power to create a world in which all children have access to a good education

The MultiChoice donation also covered the refurbishment of electrical points, plumbing and ablution facilities, providing paint chalkboards in some classrooms and fencing for Grade R classrooms as per the Department’s approved standards.

“We are grateful that our school has been renovated and given new classrooms, because we have been in need of them for so long. We are also grateful for the IT lab as this will help enhance and develop our learners’ computer skills,” says: Principal Phuti Makgolane of Mashupye Tladi Primary School.

A drive to collect school shoes was also initiated by MultiChoice employees for this initiative. The collected shoes will be given to children attending the identified schools who are most in need, including the ones at today’s event.

In celebration of Madiba’s 102 first birthday this year, MultiChoice will broadcast a special edition documentary, titled The Madiba Do Up, which will share the story of the school renovations and what it means to these communities.