MultiChoice Group and its partners use cookies to help deliver services and for advertising purposes (see details in Privacy Policy ) By using this site you agree to this. You can change your cookie settings in your browser.
Media: 21 January 2020 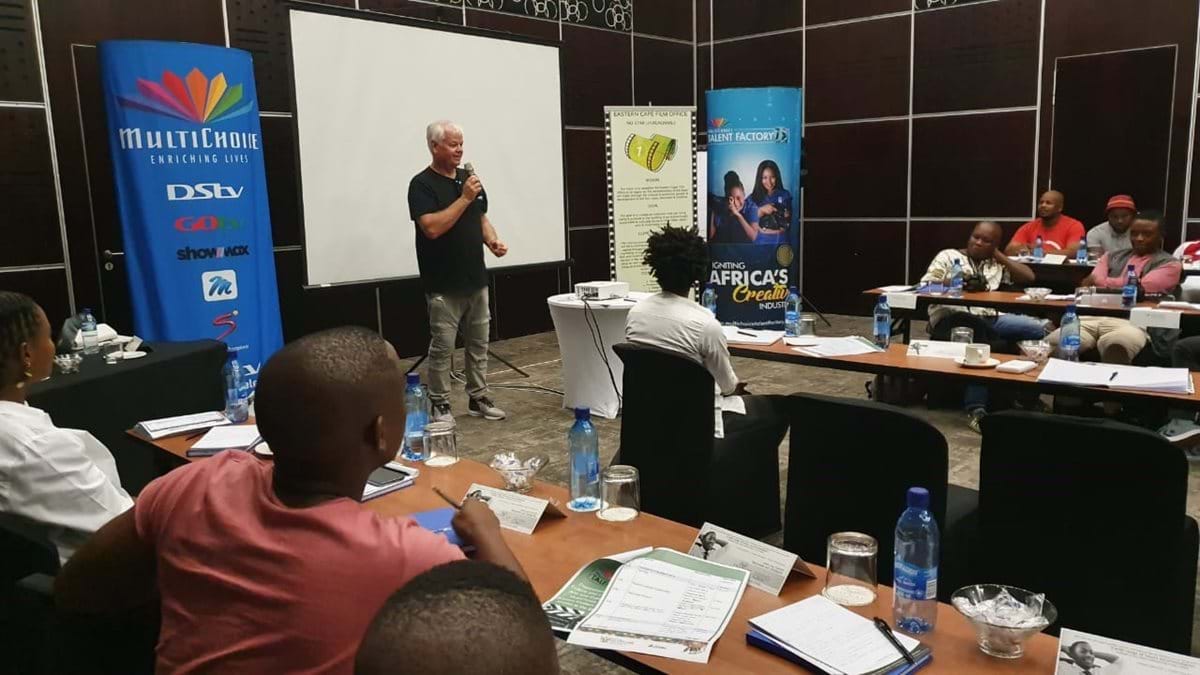 MTFza, previously known as the M-Net Magic in Motion Academy, was established in 2014 and has been instrumental in helping transform the South African film and TV industry by upskilling students and empowering them with substantial knowledge and experience in just 12 months.

Young creatives from the Eastern Cape, who were selected by its Department of Arts & Culture, are taking part in the intense three-day training programme, which runs from 21 to 23 January 2020 at the East London International Conference Centre.

“The sustainability of the video entertainment industry in the country and on the continent depends on our ability to attract and develop fresh young talent,” says Joe Heshu, MultiChoice Group Executive: Corporate Affairs. “Opportunities such as this, and particularly with the support of regional government and other key industry stakeholders, provide the perfect platform to identify and nurture aspiring young filmmakers.”

The workshop is made up of a series of masterclasses, each led by industry experts in the field of video entertainment, and will cover several elements of filmmaking, including, scriptwriting, producing, directing, sound, lighting and cinematography.

Fezeka Bayeni, Eastern Cape MEC for Sports, Recreation, Arts and Culture says: “Film has great potential to contribute to the development of the Eastern Cape economy and as such, we have made it one of the priorities of the Department.”

The MEC further says: “The Eastern Cape has a rich heritage, great stories to be told and amazing locations for film. This partnership with Multichoice is therefore a very important platform in helping to develop and train filmmakers as part of our effort to grow the film industry in the province.”

“As the Eastern Cape Film Office, under the auspices of the Eastern Cape Provincial Arts and Culture Council (ECPACC), we wish to express our gratitude that knows no bounds for the partnership with MultiChoice,” says Phumeza Skoti, Chief Executive of the ECPACC. “The masterclass has been very informative and inspirational in our journey to develop the film and television industry in the Eastern Cape.” The specialist skills and experiences shared by renowned industry players will go a long way in empowering local film makers to take up space and seize opportunities that exists in the industry.”

Speaking to the youth at the three-day event are industry experts Sanele Shiba and Wanda Sondiyazi, Mzansi Magic commissioning editors; Darrel Roodt, film director, screenwriter and producer best known for his work in the making of Sarafina and Phathutshedzo Makwarela, an award-winning scriptwriter and co-founder of Tshedza Pictures to mention a few.

“Our intention is to immerse participants in the world of filmmaking so that they leave with a better understanding of the commitment and skills that are required to take this journey to the next level,” concludes Heshu.