MultiChoice Group and its partners use cookies to help deliver services and for advertising purposes (see details in Privacy Policy ) By using this site you agree to this. You can change your cookie settings in your browser.
Media: 11 February 2020 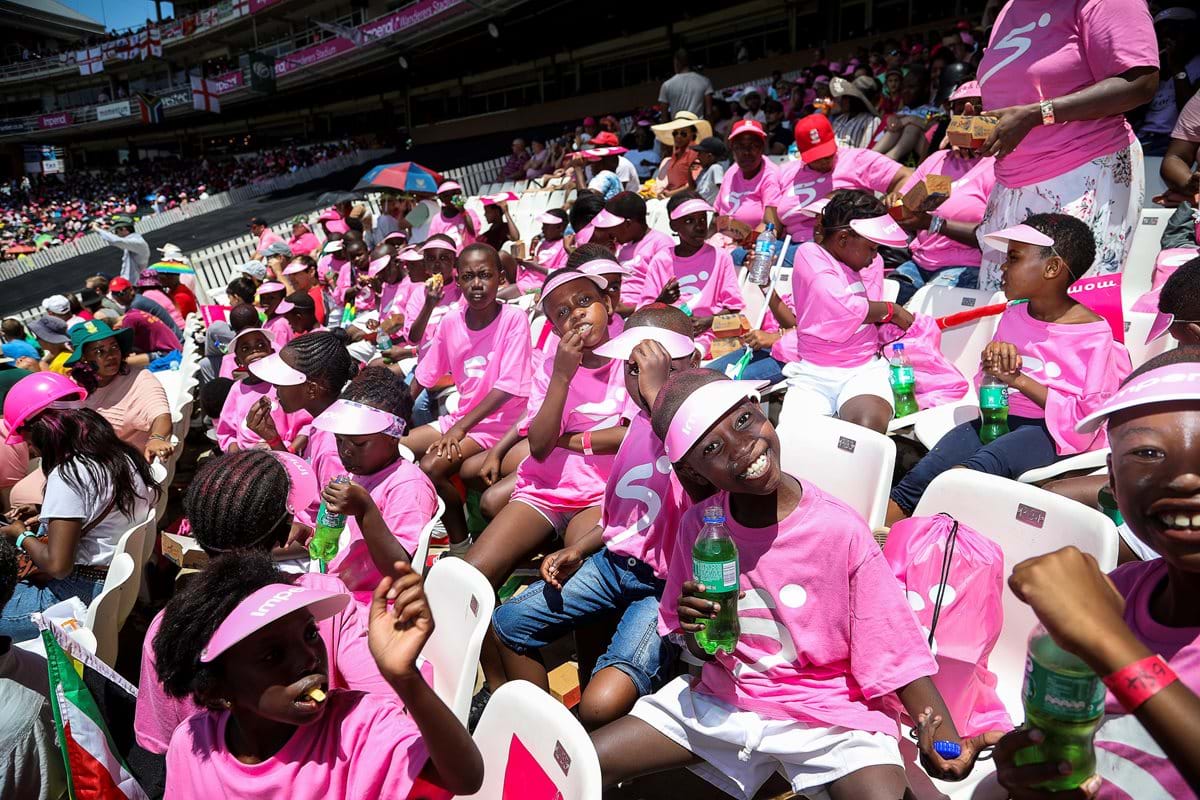 Although, SA lost against England, the children were thrilled to be part of the action. “Sports is a critical part of children’s lives and we’re happy to continue to encourage young talent in the world of sports” said Joe Heshu, MultiChoice Group Executive of Corporate Affairs.

The open cricket club is located in Alexandra township, North of Johannesburg, South Africa. The club is made up of both junior and senior members, all of whom are from the area. ACC was officially opened in 1995 by former British Prime Minister John Major. Over the years the club has produced a number of players that have represented the province, both at school and professional levels. The late Walter Masemola, is the first player from the area to play first class cricket representing Gauteng. Since then, the club has produced two more first class cricketers, Brian Mathebula and Mpho Sekhoto.

The initiative forms part of MultiChoice Group’s ongoing commitment to continue to enrich the lives of the communities they operate in. “We believe that up and coming youngsters are the bloodline that keep both our sports and entertainment ecosystem fluid. By inspiring young people to grow in their talents, we are able to empower them to continue feeding fresh skills into sporting bodies and local content,” concluded Heshu.