MultiChoice Group and its partners use cookies to help deliver services and for advertising purposes (see details in Privacy Policy ) By using this site you agree to this. You can change your cookie settings in your browser.
Media: 28 November 2019

The 1 200-plus learners from Thuthuka Primary School in Tembisa will be hoping that the end-of-year school holidays pass quickly so that they can return to school in the new year to experience their new multi-purpose sports pitch. 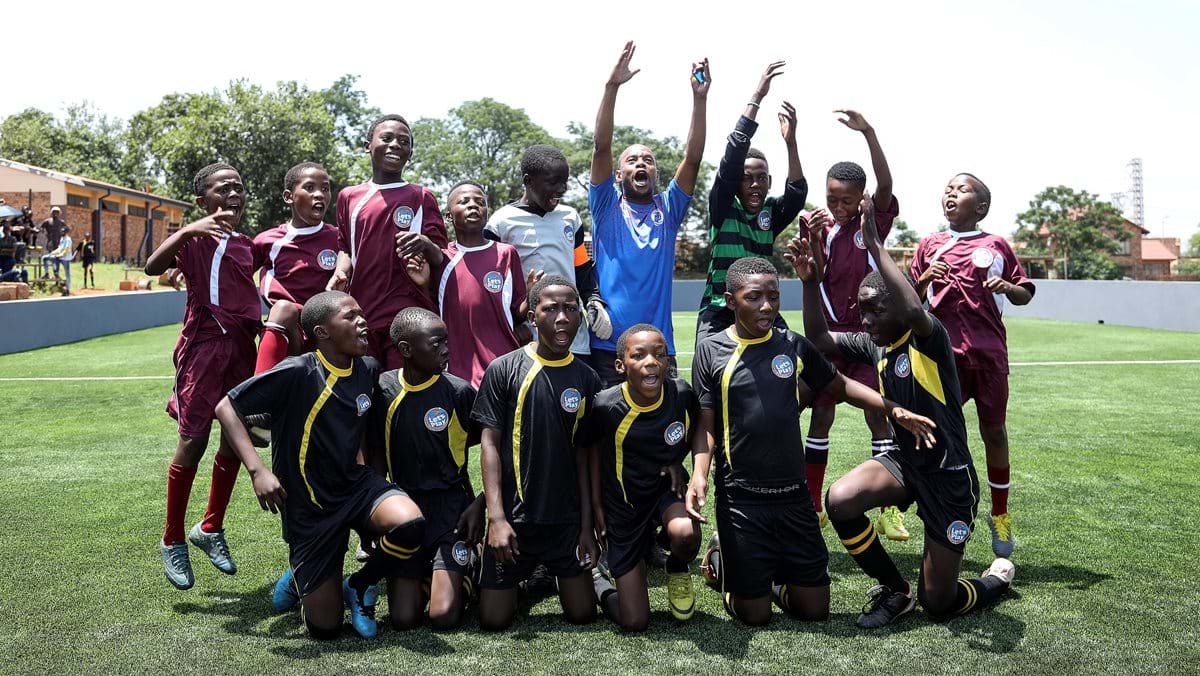 The school has officially been handed the keys to a brand-new multi-purpose pitch as part of the SuperSport Let’s Play Playing Fields Project, in partnership with Warner Bros. Entertainment, MGM, Hitachi Construction Machinery Southern Africa and the Department of Basic Education’s Infrastructure Programme.

“As we continue to bask in the glory and unity the Springboks’ Rugby World Cup triumph has brought our country, it is imperative that as corporates we maintain the momentum by enabling the dreams of children across the country to one day be Springboks through access to world-class sporting facilities,” explained Joe Heshu, MultiChoice’s Group Executive Corporate Affairs.

“Sport continues to play a vital role in the unification of our country, and this pitch will enable the learners of Thuthuka Primary to nurture their dreams of representing South Africa in a sports discipline of their choice. It’ll also keep them physically active, an important element in the growth, health and general wellbeing of children,” concluded Heshu.

The pitch is a parting gift from Warner Bros. Entertainment, MGM and Michael B. Jordan, after Warner Bros. reps, Jordan and director Steven Caple Jr, visited the school during their 2018 South African tour to promote the movie Creed II. During the visit, learners got to watch the first instalment of Creed and then interacted with Jordan, co-star Florian Munteanu and Caple in various physical education exercises.