MultiChoice Group and its partners use cookies to help deliver services and for advertising purposes (see details in Privacy Policy ) By using this site you agree to this. You can change your cookie settings in your browser.
Media: 26 July 2018

The many faces of East Africa’s creative film industry

It’s one thing to tell a story, and it’s quite another to excite the visual senses at the same time. 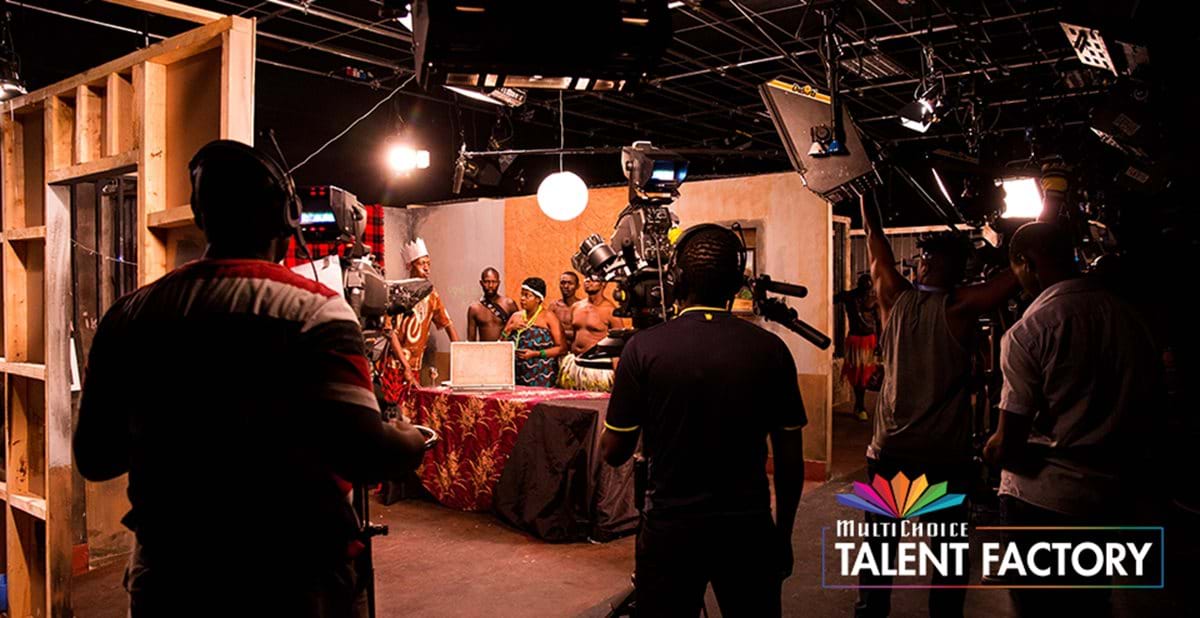 When Changes- Kenya’s first high end drama television series - debuted in 2009, it introduced a new level of storytelling in film and TV production in East Africa. One that was steeped in high-quality storytelling and visuals.

The stories within the series themselves weren’t new: a newly-settled and career-driven couple, another struggling to navigate the journey after several years of marriage, and a third couple, trying to manage their blossoming relationship amid shadowy pasts. Funded by M-Net, the dramatic series went on to have three triumphant seasons, making it the longest running drama series in the region at the time. From its commissioning, funding and production, Changeswas deliberately built to spearhead an era of television and filmmaking that elevated everyday stories of the human condition into an air-tight production. The aim was for it to set the bar for what creative films in East Africa should not only strive to look like, but also how they should sound and shape social conversations.

Njoki Muhoho, the then-executive producer of the series and currently the East Africa academy director for the Multichoice Talent Factory, believes that the success of the series stems from its quality and relevant narrative.

This is especially since the years before it, core aspects of filmmaking such as sound mixing, lighting and even general post-production could only be done well by those that could afford it, such as film studios or the few independent production companies that had the skills in-house.

“When I got into [the TV and film industry in the 90s], I was very aware of the differences in the quality, because I watched lots of films. I was always very keen on international film, how they got this and that done, and my concern was: why can’t we in East Africa get as good as this technically while telling our own stories?” says Muhoho.

Changeswas only the beginning. Soon it was films such as Nairobi Half Life directed by David “Tosh” Gitonga (also director of two Seasons of Changes, Pumziand From A Whisper.  Films such as the latter, directed by critically-acclaimed Wanuri Kahiu, and even Stories of Our Lives by art collective Creative Nestlings, laid the foundations for improving the quality in production and packaging that thrust Kenyan film into the international stage.

So clearly, there’ is money to be made in the industry. However, one of Kenya’s biggest challenges remains the ability to match the pace of growing appetites for high-quality, local content film production for local television audiences.

Recent international award-winning films such as the 2018 unconventional superhero film Supa Mododirected by Likarion Wainaina and 2016’s Kati Katiby Mbithi Masya are proof that Kenya undoubtedly has the skills to create compelling films, but not at a pace that matches local consumption of films.

At the heart of these challenges, is little to no funding from the public sector and even fewer formal film training schools and infrastructure to keep investing in the development of young Kenyan talent. According to Muhoho, the fact that return on investment in films is not as fast as in other industries adds to the complexity.

“If you go to a business man and say ‘loan me 10,000 dollars, I’ll make a film’, I’m sure the first thing they’ll ask you is ‘shouldn’t we invest in a matatu [instead]?’ because there is immediacy in the return on investment,” Muhoho explains. “[With] film, you have to maybe take two to three years before you can break even, if you break even at all.”

Even if Changeswere not the catalyst for better-produced filmmaking and production in the region, it certainly catalysed a greater thirst for locally-produced content and storytelling along with the need to meet the demand in East Africa without compromising production quality. “We decided to take on the challenge to show that in East Africa, we can also produce high quality. And we did, compared to what was available. Was it perfect? No. But, we could see what was we needed to do better,” says Muhoho.

Making Magic on a Budget

No one knows the difficulties of creating high-quality filmmaking while working in an undernourished industry better than young Ugandan filmmaker Usama Mukwaya. At 25, his feature film as a writer and producer of, Bala Bala Sese, thrust him into the spotlight and helped him carve a niche for himself in film.

Its release in 2015 garnered him an Africa Movie Academy Award nomination, and was featured at a number of European film festivals for a length of time. Mukwaya was only 21 when he had started making the film, and had no formal film education or training.

“Being a first timer, that was very challenging. We had a cast of almost 200 people and a crew of 50 people. Little did I know that that was going to be the biggest project up to right now,” says Mukwaya. It was an even bigger financial challenge as Ugandan film makers, much like their Kenyan counterparts, have little to no access to government funding.

This means that many films in Ugawood are working with a sliver of a budget, which goes towards providing salaries for the cast and crew – salaries that aren’t always guaranteed while those that are paid, aren’t paid enough. This unreliable financial support often translates quickly into skimping on elements such as sound correction, colour grading and even precise video editing.

The biggest hurdle for Mukwaya has, however, been providing local access to the film without putting the film at risk of piracy. “With Uganda, many local filmmakers do film for DVD. They have limited resources. In the end, the limited resources affect their end product, so they end up having it stuck at distribution centres because that’s the little they can give them,” Mukwaya explains. “Bala Bala Sesemight not be the best film in Uganda, but I don’t want to have it in the wrong distributing platform. I know people want to watch it, [but] I’m trying to figure out the better way to do it.”

Film quality has also been a key challenge for Ethiopia’s local filmmaking industry. The country’s film industry may not have been as well-known as Kenya’s or even Uganda’s, but it is by no means silent.

Like Swahiliwood and Ugawood, Ethiopia’s low-budget film industry also thrives, entertaining majority of its population of over 100 million.

According to Ethiopian producer and filmmaker, Tamara Dawit, the Ethiopian film industry suffers a serious skills and training deficit. This results in films that can in no way fulfill international film standards and criteria for festivals.

Dawit is one of few young Ethiopian film makers that have well over a decade of experience in film production and documentary making, and has worked both on the continent and in other parts of the world.

Her work also recently led her to the Cannes Film Festival as part of the International Emerging Film Talent Association (IEFTA). Dawit is based in Ethiopia and runs her production company with the aim of nurturing and upskilling Ethiopian film producers.

“I [noticed] for many years that most people [in Ethiopia] don’t produce content that is exportable - content that they could not sell to DStv, BBC, Al Jazeera - and if they could they wouldn’t know how to do that,” Dawit explains.

“They’re not applying to things like the Berlin Talent Lab, not going to film festivals. So when I call people and say ‘please apply for this grant, this training opportunity,’ they wouldn’t even know how to fill in the form.”

According to a 2014 World Intellectual Property Report on Ethiopia’s creative industry, at that time, the industry was generating more than a hundred movies a year with the number of viewers of local movies increased to an average of 2.7 million. Today both figures would have more than doubled, but the existing structures for the creative film industry in Ethiopia are not strong enough to elevate the industry. “A lot of [filmmakers] have really good story ideas. What they need support on is how to best communicate that story, or often how to visually tell a story,” says Dawit. “I think it’s a mix of giving people access to foreign films that have been successful, and then have an understanding of how a story can be told visually in different ways.”

Burning The Midnight Oil for Technique

Like Ethiopia, Tanzania also has a thriving local film industry, and “bongo” films have captured millions of viewers for over three decades. Their low budget nature, however brilliant the storyline and existing distribution structures, are flimsy.

Piracy is subsequently rife, and another challenge that prevents filmmakers and the people who worked on the film to generate revenue, and improve the industry standards. Tanzanian Film producer and filmmaker Seko Shamte would, however, like to change that about her local film industry through genre and technique. Shamte has close to two decades of experience in the Tanzanian creative film and television industry, and has dedicated her efforts towards creating high-end television and film for the Tanzanian audience.

“I’m interested in hard-hitting subjects, deconstructing society, history. While Bongo films are loved, I feel like there are not enough people in my space, where we can give a variety,” she explains. “You can be entertained but it's also amazing to document things like our history, especially for a country like ours. These are the beginnings of trying to excavate and trying to document Tanzania’s history.”

With her 2015 debut feature film Homecoming, Shamte did exactly that: She placed institutional corruption at the centre of the film’s storyline, detailing how it can influence even the most moral and ethical.

In 2017, Homecoming was nominated for an Africa Magic Viewers Choice Award (AMVCA) in the Best East African Movie category, signalling that Tanzanian film is more than capable of competing alongside others on the continent, and also on a highly revered platform.

So when it comes to young and up and coming filmmakers from East Africa, it will be a matter of milking any resources at hand: by learning directly from the veterans before them, and, according to Shamte, gleaning from free resources on the web.

The internet in itself is a viable platform for African films, especially at a time where Video on Demand offerings like iROKOtv, ShowMax, and the newly-launched EbonyLive ON are making headway on the continent. Short-form film works even better for the online space, and are less labour and finance intensive.

“If you can make a perfect two to three minute film, you can slowly build on that,” says Shamte. “It’s [also] taking advantage of the millions of film festivals that are out right now, and enrolling in as many as possible.”

Where does this leave young filmmakers such as Mukwaya, who have only just begun? This is on the back of financial constraints that prevent both expert film making, as well as access to formalised practical training in film.  It emphasizes the need for increased and improved technical training.

“You can have a strong story but if technically it’s not up to par, you can’t convey it. This is the thing about filmmaking that’s so unique to almost any other art form. Filmmaking is technical,” says Shamte.

“As Africans, we are natural storytellers. It’s the technical aspect now that we should probably focus on more than even strong storytelling.