MultiChoice Group and its partners use cookies to help deliver services and for advertising purposes (see details in Privacy Policy ) By using this site you agree to this. You can change your cookie settings in your browser.
The inside story

Local storyteller, Phathu Makwarela, tells it like it is.

OPENING SCENE | ON THE WRITE TRACK

It was in the small Limpopo village of Mamvuka (where electricity only became available in 1999) that one of South Africa’s up-and-coming content creators first discovered the magic of TV. “We watched the TV, connected to a battery, in black and white; it looked magical and I wanted to be part of it,” says Phathutshedzo “Phathu” Makwarela, Executive Producer and Co-creator of 1Magic’s hit telenovela The River. It was in high school that Phathu discovered he could make a career out of film and TV, so after matric, he enrolled at the Tshwane University of Technology to study filmmaking and found his calling in scriptwriting. 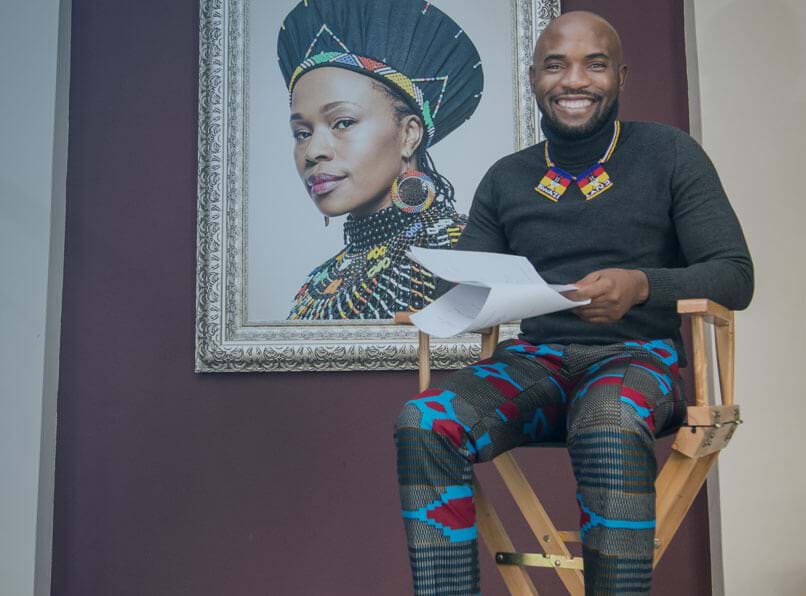 No other broadcaster is commissioning more local content than MultiChoice, they’re creating jobs and changing narratives.

In 2013, M-Net commissioned Ferguson Films to develop Rockville. Phathu and his partner at Tshedza Pictures, Gwydion Beynon, were asked to collaborate and be the head writers of the drama series. “They were giving us a once-in-a-lifetime opportunity to be the custodians of the story,” says Phathu. M-Net’s executives played a big part in building his career. “They pushed me beyond what I thought was possible. When I felt uncertain, Yolisa [then M-Net CEO] said, ‘We’ll create the platform and give you all the support you need.’”

“When I started in the industry, there were about five locally produced soaps in SA. Now, we’re sitting on around 15. The growth of the industry is mindboggling,” says Phathu. The launch of Mzansi Magic and 1Magic has changed the game for local production companies. “No other broadcaster is commissioning more local content than MultiChoice, they’re creating jobs and changing narratives,” he says. “We’re heading towards a new era in SA, and as storytellers who speak the same languages as viewers, we can – and should – reflect that.”

We watched the TV, connected to a battery, in black and white; it looked magical and I wanted to be part of it.